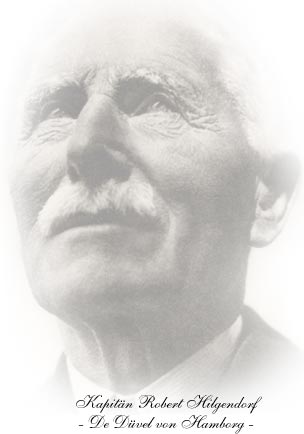 This imprint was generated with the "Impressums-Generator of activeMind AG"

In the year 1623, the maritime authority, the Admiralty, was founded. The Admiralty was responsible for the command of the city's warships and arsenal of the ship's ordnance, maritime legislation of first instance and furthermore supervision of the average adjusters and valuers (i.e. also nautical surveyors), the office of the Wasserschout (officers who centrally managed the hiring of seamen) and the pilots, beacons on the Neuwerk and Helgoland islands as well as the selection and remuneration of the Hamburg consuls in Spain, Portugal, Marseille and Italy.

Hence, there is documented historical evidence that traces the office of nautical surveyors back to the year 1623. But surely they existed centuries before this in the form of the "Schifferalte" (master of the Seaman's Guild).

Whereas in the 1660s, guild masters were appointed to the public shipping councils as representatives of their class and expert surveyors, the mercantile community also found it wise to follow suit and so in the year 1665, the Commercial Deputation, which today is known as the Chamber of Commerce, was founded by a "reputable merchant". Number seven amongst the merchant deputies was guild master Behrend Jacobsen Karpfanger, who at times was commander of the convoy ship "Wappen von Hamburg" (1669 - 1683).

Throughout the centuries to come, it became the responsibility of the Commercial Deputation to appoint marine surveyors as sworn nautical surveyors, a practice which is continued today by the Chamber of Commerce. In 1902 the famous clipper captain Robert Hilgendorf ("De Düvel von Hamborg") was appointed nautical surveyor and master of the Seaman's Guild. With his legendary five-masted barque POTOSI, he broke records round Cape Horn numerous times.

Also in the 21st century, the Independent Marine and Cargo Surveyors offer their wide ranged experience in marine cargo handling and ship's surveys to the world-wide operating customers, their office based in Hamburg Wilhelmsburg, close to the Port of Hamburg.